Creating high quality content that answers your prospects’ questions and guides them along their journey is an incredibly powerful way to increase traffic and generate more leads from your website.

But if you’re only spending time and energy creating that content, and very little or no time promoting it, what’s the point? It’s a bit like opening up a new storefront on Main Street but deciding not to put up a sign or hold a grand opening. How will anyone know it’s there?

As you read this, you might be thinking “yeah Sean, that’s a bit of a no-brainer.” But if we’re being honest, we know that many marketers often fail to properly promote their content.

I’ve done this myself—spending hours, if not days, creating long-form, high quality blog content, but then only spending 5 minutes or so sharing that content on social media.

While the first three points are certainly true, the last is highly questionable. The topic has been debated extensively in the marketing community ever since Google’s infamous Google+ experiment.

So why does the debate rage on? Let’s review the evidence.

There Appears to Be a Correlation between Shares and Rankings

Remember, correlation is not causation. But while the data below does not prove that social shares are being used as a ranking signal, it does make you wonder.

On the other hand, it showed that 70% of pages that were in the top 10 Google search results had zero social shares.

Another study conducted in 2016 by CognitiveSEO showed an even stronger correlation between rankings and social activity.

Their data showed that the greater the presence on social networking sites, including likes, shares and comments, the higher the site would likely rank.

Their data also showed that Facebook had the greatest correlation between volume of social activity and high rankings.

Interestingly, Pinterest shares had no correlation between high shares and high rankings.

The takeaway? While there appears to be strong evidence of correlation between a high volume of social shares and higher rankings, it’s not because Google is using social shares as a ranking signals. It’s because high-quality content is more likely to rank well, AND to be shared by those who read it.

Larry Kim from Wordstream shared an interesting experiment, where he concluded that the correlation actually has to do with engagement rates.

This would make sense, as Google’s goal is to provide searchers with an answer to their query.

If Google sees that a high percentage of searchers click on a particular search result on the first page, they will likely reward that site with a higher position.

On the other hand, if Google sees those same searchers are frequently hitting the back button after clicking a search result, and moving on to the next result, Google might penalize that page.

What does this mean for you? Create content that is share-worthy, and there’s a good chance that Google might also deem your content to be rank-worthy.

The Indirect Impact of Social Shares on Rankings

If you trust these studies, you’ll likely conclude that while social shares are a strong indicator of your ability to rank, they are not treated as a direct ranking factor. But that doesn’t mean there aren’t indirect benefits.

Social sharing and amplification is an excellent way to have your content be discovered by influencers in your industry who are searching for additional content to share and sources of data for their own content.

Just look at this blog post. To provide proof of what my gut was already telling me, I scoured Google and Twitter to find interesting, relevant data points to incorporate into this posts. Those studies that also included interesting visuals ended up earning new backlinks from this post.

While reviewing that data, I recalled seeing a Tweet from Rand Fishkin a year ago about a study Moz had conducted with Buzzsumo, that showed heavily shared content on social media wasn’t the same type of content that acquired links:

We noted last year in research w/ @BuzzSumo that the majority of socially-shared content gets very few links: https://t.co/Vx3VJqG5iM

Yet here I am, linking to an article I saw on social media over a year ago.

If you trust that report (and you probably should), you might be second guessing my advice that social sharing leads to links, which leads to higher rankings. And understandably so. It’s a lot of effort for potentially minimal results.

Rather than simply blasting out content as a megaphone, Kevin Kononenko from Databox will search the web for content relevant to their own, and then attempt to acquire a link through 1-1 outreach on social media. He recently tweeted us @PepperlandMKTG, asking if one of their templates would be a good fit for a blog post we had written:

He got the link.

Just how important are links? Moz’s most recent Search Engine Ranking Factors study showed that out of the top 50 results, 99.2% of all websites has at least one external link.

This means that even if your social promotion isn’t helping you acquire hundreds or even dozens of new links, just one or two new ones could be the difference between being on Page 2 or the top of Page 1.

Whether or not actively promoting your content on social media has a direct, or indirect impact on your rankings in organic search, it clearly has an impact on the reach of your content, and the traffic, leads and customers that content helps generate. 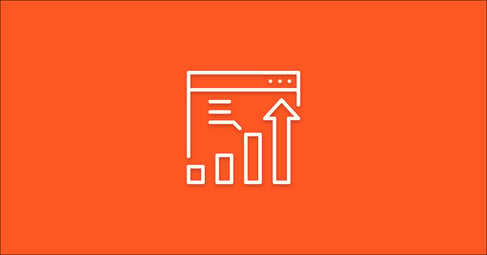 Colleges and Universities offer a wide variety of programs each designed for a specific set of students who’ve attained...

Acting as the gate that turns visitors into leads, landing pages are an indispensable component of every business’s...

Properly indexing and optimizing your website’s content is the key to better rankings in search results and generating...

SEO Agency Vs. In-House SEO: Which Is Right for Your Company?